Rescued from oblivion once more, I really enjoyed my time at Cohort Studios.  It had a really nice start-up vibe to it.  At first, some of us were whored-out to other studios to help out; I went to Evolution Studios a few times to work on Motorstorm for the PS3.  I also worked on a 3D chess game, the engine of which Cohort Studios had acquired from somewhere, and TactX, a Java application which ran in a website for use by football trainers to show various footballing tactics to their players. You laid out various football tactical moves, then the program would show a 3D animation, running between cones, etc. I'm boring myself even thinking about it.

Inevitably, I was also asked to do some audio ....

This was one of the many "little cheap" games developed for the PlayStation store on the PS3.  It was a very simple and colourful collection of puzzle games, but it did require a whole new audio engine (I've lost count how many of these I've written).  On the whole, quite forgettable fare. 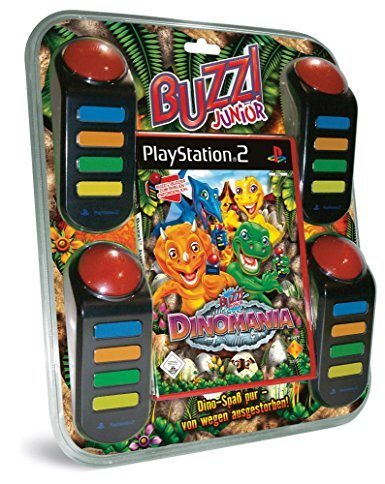 This was fun to write, and right up my alley.  A collection of 35 mini-games for kids to play on the PS2.  The game was supplied with 'Buzz' controllers, and offered very simple and colourful gameplay.  I wrote seven of the 35 games (shown below), as well as creating all the games' intro videos, sound effects (obviously), and handling the translation into 17 languages.

The videos were very complex, and I had to create a plugin for the Sony Vegas video software suite to help automate the video soundtracks, for when all the foreign language dialog tracks came in.

It didn't try to break records in graphics quality, but it was great fun to play, and to write, and everybody chipped in designing the games.

During development of the Ice Skating game, I used YMCA as a temp track. You can tell that the composer took this to heart; it's a complete rip-off.

The whole package was finished in an incredibly short time. Each mini-game had to be designed and written in two weeks.

One of the games I wrote, Elastic Racers, went on to become a stand-alone game.

Sony liked the Elastic Racers game from Dino Den, so they asked for a full game based on it; this again used the Buzz controllers. As well as the PS2 version, I managed to get this working on a PC, by reverse-engineering the buzz controllers, and rewriting the game in Lua. Just an experiment, but it ran really well.

This was one of the launch games for Sony's Move controller, and was basically a shoot-em-up on rails.

As well as all the usual audio stuff, I wrote a tool that enabled the designers to create all the front-end and UI screens on a PC. This would then generate LUA code and graphic packages which the game could use

I really enjoyed my time at Cohort Studios but, unfortunately, my mother became ill, which made it necessary to move back home to Wales and look after her.  Cohort Studios were gracious enough to let me work remotely.

This worked well for quite a while, but after over a year having to fly to Scotland every month, it almost came as a relief when Cohort Studios went bust (redundancy number FOUR!)

I needed another job, and this came thanks to Nick Thompson, a former colleague at MicroProse. He was now Studio Manager at Jagex - and he offered me a job there as a tools programmer.